Mark Reeder first met Alanas Chosnau at the Lithuanian International Film festival in 2015, where Mark was screening his documentary film about his life during the 80s in B-Movie (Lust & Sound in West Berlin).

Alanas liked the movie and the sound of Marks previous work, and voiced his ambition to make an album in English. They decided to work together.

Mark Reeder’s career is well documented, you only have to google his name. He moved from Manchester to West-Berlin in 1978 and has lived and worked there ever since. From working in a Virgin Record shop in the 70s, until today, he has been a clandestinely influential figure in the international music scene.

Throughout the 80s he was Joy Division’s promoter, then Factory Records German representative, manager of all-girl group Malaria! and he played in darkwave synth bands Die Unbekannten and Shark Vegas. He is the only Westerner to have produced an album in East Berlin. In 1990, he started his record label MFS and launched the careers of many well-known artists and DJs, such as Paul van Dyk, Ellen Allien, Corvin Dalek, or Johnny Klimek (Effective Force). Today, Mark is a sought-after music producer and remixer.

Alanas, although currently unknown in the West, is quite an enigma, with a very interesting background story.

Alanas Chosnau was born to a Lithuanian mother and Iraqi-Kurdish father in Vilnius, the Capital of Lithuania, when it was still part of the Soviet Union, but he grew up in Baghdad, Iraq until his mother died in 1983. It is a historical fact, that during the long-lasting Iran-Iraq war of the 1980’s, Saddam Hussein started gassing his own Kurdish villagers, and it was under such circumstances that his parents decided to send Alanas to safety.

As an 8-year-old child, Alanas returned to Lithuania to be raised by his grandparents. Initially, he only spoke Arabic, but later learned Lithuanian, Russian and eventually, English. Sadly, the war separated Alanas from his father and sister for almost a decade, and if that wasn’t traumatic enough, the political upheaval resulting in the collapse of communism in the late 80s and early 90s presented further unparalleled uncertainty. Alanas however, was optimistic and he saw Lithuania’s newly found independence as an opportunity to fulfil his dreams and wishes, to be a performer.

Alanas became interested in music at an early age and only the fall of the Soviet Union probably prevented him from spending his life slaving in a Fabrik and listening to Soviet pop songs, but despite all the personal difficulties, Alanas eventually managed to establish what would become the most successful Lithuanian pop group Naktinės Personos, together with Aras Vėberis in 1992, a musical project that lasted until 2001, after which he embarked upon a solo career.

During this early solo period, Alanas achieved huge popularity and he has meanwhile become the most successful artist in Lithuania and his continued presence on National Television has catapulted him to celebrity status. However, that is not the only goal of his career. The driving force is to push his own boundaries and the decision to work with Mark Reeder was just one of those opportunities to go one step beyond.

Over the months, Mark and Alanas discussed the sound, style and topics they wished to present with Children of Nature. Their idea was to make a retro-modern sounding album, that evokes an illusion of a creative music era that was initially denied to so many Soviet citizens, while at the same time, presenting an album which still sounds fresh for today’s listeners.

Children of Nature is a reflection of their personal experiences and hopes for the future. The idea was to send a subtle message of what the future could be like if you don’t pay attention to what is happening all around you. The striking cover image depicts two post-nuclear children - a warning to as what could happen if you don’t take care.
With this Album, Alanas has become the first Lithuanian ever to release a record in the West. Mark said, “I thought, after 30 years, it's about time we brought little Lithuania onto the international musical stage”.

Their first outtake is All Alone, a song dedicated to all those who feel isolated at home. Although it wasn’t initially planned, the video was filmed during the lockdown in Vilnius.

Children of Nature was produced by Mark Reeder and Micha Adam in Berlin, and is released on MFS. It is digitally distributed Worldwide by Believe Digital and is available on all digital platforms from 26 May 2020. 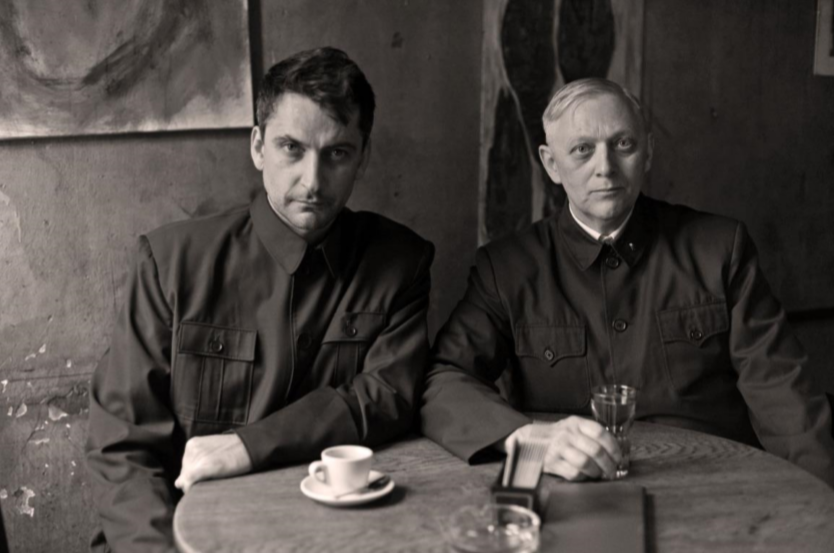