The Deuce Act Of The Week is Rock artist Grace Solero who is based in London, England.

The daughter of a sea captain, Grace Solero grew up on the Island of Elba, and after many trips and adventures settled in London where she formed her band.

Since then, she has gone on to achieve much success including receiving national radio play, heavy TV rotation on My Jam Music Network in New York, and supporting the likes of Phil Campbell from Motorhead, The Crazy World Of Arthur Brown and Noddy Holder from Slade to name but a few.

Described as having heartfelt lyrics full of lovelorn emotion, the release of Grace Solero's new single Awake mixed by Chris Brown who has worked with the likes of Radiohead and Muse, taken from her forthcoming album is expected to increase her profile even further.

You can listen to Grace Solero's new track Awake on the link below: 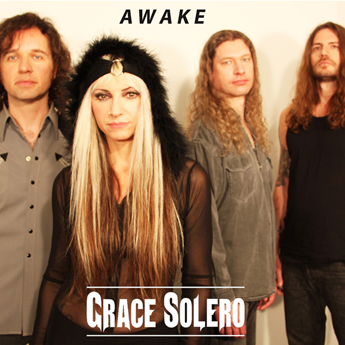